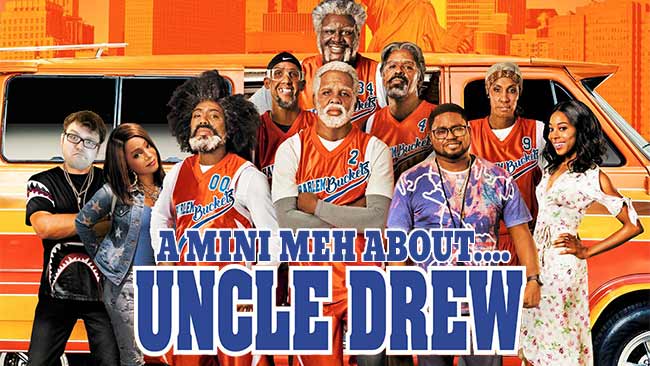 I couldn’t even pull a new face for this mini meh. Meh is indeed right here.

The end credits rolled at the end of Uncle Drew with an extra scene where an ex-girlfriend who clearly was a bad human being and stole oxygen was trying to get back with the guy she used and threw out towards the beginning of the film. I have no idea how that scene ends as I needed to go for a walk after struggling to stay awake for the hour and a half-ish that the film filled the screen. The audience was light in number, not a surprise considering it was a Monday, but there were many times I forgot there was anyone else there considering that they also seemed to be lapsed into comas.

The silence from the audience was deafening.

Uncle Drew is the latest attempt it seems at a sporting comedy thing where various stereotypes are confronted, used to alleged comic effect with a heartwarming tale that ends with everyone winning over the bad guys who did our heroes wrong or whatever. This is a clear example of where some films rely too much on crutches of American culture, and pretty much then google all other plots of films to copy and paste enough bits to then get away with a screenplay that will be just different enough not to allow for accusations of plagiarism to be valid.

I can’t even recall a more “phoned-in” film this year through the parts I was awake for Uncle Drew.

The plot was too formulaic, the characters I couldn’t give a damn about at any time during the whole misadventure. The jokes were I guess were supposed to be there but the one joke that came closest to me breaking more than a smile was when Shaquille O’Neal was compared to being Wolverine’s grandfather. One. One Joke. That one joke also failed to make me break out in anything resembling a laugh. This is supposed to be a comedy, right?

In fact one could argue that we had one example of a much better comedy to wait for and it’s Ant Man Vs. The Wasp which we still have a few weeks to wait for in the UK. It was like a prize on a gameshow where we lost and we just had to look at what we could have been watching had we won instead. Then they wheeled out Uncle Drew for us losers. 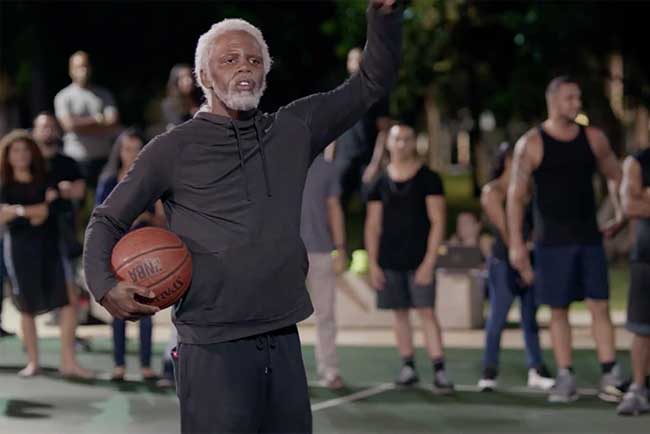 Yes, I’d like to ask how this movie got commissioned?

So Uncle Drew then, dare we ask what it was about at all? The story is about a guy who gets the p*ss taken out of him by everyone, then sees an old man play basketball well who then says let’s make a team of other old people, thus having a road trip through various situations, some I guess are funny, others to allow the love interest to be introduced because why not and oh, some heartwarming and shocking drama scenes.

The level of shock is only those who are younger than three years old or dead. You see the twists and turns coming a mile off, the situations all contrived, the conflict between the old people manufactured and laboured. The antagonist against our good young guy was a completely unfunny c*nt and every time he was on screen, I ended up just hating the actor because he was getting paid to act this way. In fact aside from Shaquille O’Neal, I didn’t recognise a single star of this film. I realise I’m not up with basketball stars in the USA, so therefore I may not get who else was turning up.

Ocean’s Eight when watched earlier this year, I was bored in as well, but even then they occasionally had one slight difference in the story or two and a couple of moments where it wasn’t too bad. In comparison to Uncle Drew, Ocean’s Eight is akin to Shakespeare. This film may well turn out to be the laziest attempt to cash in at the box office this year so I guess we will have to see what other rubbish shows up between now and December.

You want a really great sports comedy that everyone can enjoy? 1993’s Cool Runnings easily gets the recommendation. Disney made a great film about the Jamaican Bobsled team and that is still damned good even now. It has all the elements needed, a great story, likeable characters, comedy, and actually emotive drama. Hell, there are countless other comedies that do much better in the world of sport; White Men can’t Jump, Basketball, Happy Gilmore or even the great Caddyshack. OK, I 100% am going to do a mini meh on Caddyshack soon to balance this all out.

There’s no way in hell I can recommend anyone watch Uncle Drew. Please, if you value your time, have a nap instead. Seriously, go to bed, have a nap and you will feel much better.