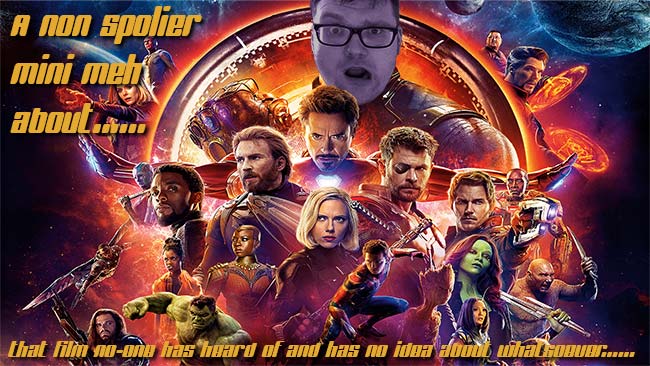 Not the first time a big purple headed monster has brought fear to anyone. I speak from experience…..cough….

Yeah, Avengers: Infinity War surely will bomb at the box office, I mean, who would ever to spend their money watching a film which lasts over two and a half hours which brings together 10 years worth of stories and characters to an epic conclusion in a cinematic universe? Where we see various flawed heroes battle against the ultimate villain and we honestly don’t know where this is going to go?

Oh who am I f**king kidding?

At the time of writing this non-spoiler mini meh about possibly the biggest blockbuster event of the year for Marvel and Disney, they already within the opening weekend taken an estimated 630 MILLION dollars. That is currently excluding China where typically big action packed films like this will do even better, so in essence we already know this is on course to basically allow Disney to finally buy a country like they clearly wanted to….. Probably the UK from April 2019 after Brexit (topical!).

So it may not have come as a surprise that I was one of the ones who rushed over to see a midnight screening in the UK of Infinity War given how much of a fanboy I tend to be when it comes to the media comic overlords’ content being pumped out time and time again. There’s literally no way I cannot be biased about this so of course when I write the next sentence, take it with whatever salt you want;

Avengers: Infinity War is possibly the best film of 2018.

Let that sink in.

It’s only the end of April at the time of writing and I am stating there is already a best film of the year. More than that, it’s a film where unless you’ve been invested in the Marvel Cinematic Universe all this time, you’re not going to have any idea whatsoever about who anyone is, where they are, and of course what’s happening to determine the fate of the universe or even, just of downtown New York.

Avengers Infinity War is truly the culmination of everything that’s been going on from the first Iron Man film to the recent release of Black Panther so you cannot expect to be held to the traditional way of movie story telling where people get introduced gradually and the plot gets flushed out over the course of the film. Nope, from pretty much 10 seconds in, you get thrown into the deep end of the action where we already see where things are going and even in the opening few minutes, you will already see the type of tone they went for here. 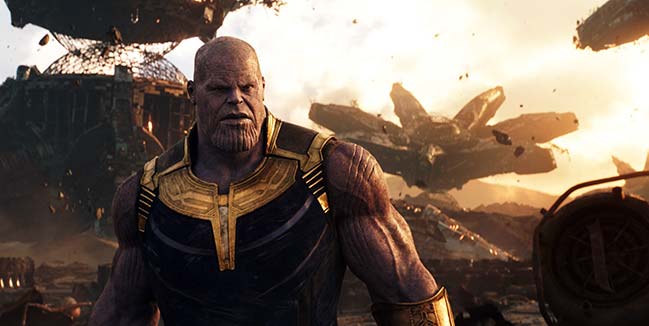 Make no mistake, they pushed up the stakes so high against a villian who has remained in the shadows for a good deal of the time over the years, only first being seen as a middle credits scene in the first Avengers film. Thanos, played exceptionally by Josh Brolin is finally allowed to come out and play. His goal, destruction with the big golden glove where he hopes to fill it up with the Infinity Stones so shown over the course of the previous films.

This time, our heroes may finally be outmatched and outgunned, even with the ridiculously large cast of stars that came back to play their roles from all over the Marvel Cinematic Universe. They literally got everyone out for this one folks. It’s a hell of a prospect to mull over even when taking your seat at the cinema, and honestly it’s hard to see how Avengers: Infinity War disappoints when it comes to this central storyline.

The one major thing which will annoy at times is the sheer breakneck speed of events that has to happen in order to fit absolutely everything in to the long movie run time as it is. I suspect that the Russo Brothers (Directors of Infinity War) easily could have said to Marvel, nah three films instead of two for Infinity War (they already said Infinity War was a two-parter folks…. way back in 2014 so not really a spoiler!) and they would have gotten away with it with the volume of material that’s been produced. It might have been a bit more forgiving for us as the audience then. 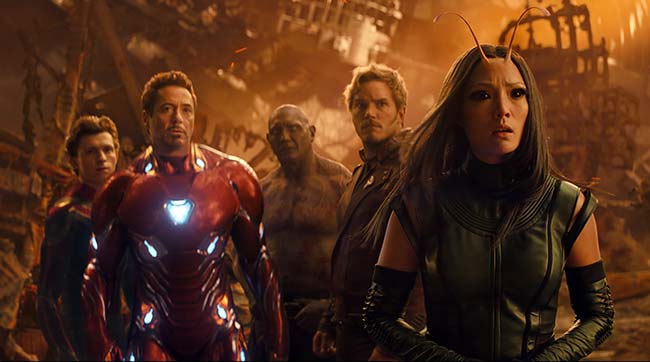 Looks like I picked the wrong week to quit sniffing glue….

While the cast and crew thoroughly deserve a huge mention for the wonderful work they have brought to life here, it’s the quiet non chaotic, tempered rage of a performance of Thanos that actually did standout here by Josh Brolin. The writing which went into the character’s motivations and at times, quite emotive scenes as he seeks to achieve his goal at all costs were just a surprising highlight for me. In fact, possibly for the first time since Loki played so well by Tom Hiddleston when we first saw him in Thor all that time ago, we have a damn good villain.

A big surprise was how everyone got a moment to shine on screen, even if it was just a brief appearance. In a film with big egos everywhere, it was remarkably tempered again by all, and somehow, it works. It really does work.

There is a bit of the humour we’ve come to expect here, with some just excellent one-liners, but there’s also quite a bit of loss and drama on show for sure in between the epic battles that take place here and there’s just going to be a whole heap of questions left wide open here, of which you can’t be sure if or when they could possibly be addressed with the upcoming films from Marvel that are already known to be heading to our screens later this year and 2019.

This film has it all that we wanted to see and then even more. I cannot and will not hesitate in recommending Avengers: Infinity War to anyone. Go on, see the damned thing, do it! DO IT NOW!

Oh and of course, stick around to the very end as there is one end of credits scene. OK, stop reading, everyone go watch it so I can start talking about it properly with spoilers dammit, I’m already bursting to talk to anyone who has seen it as well!