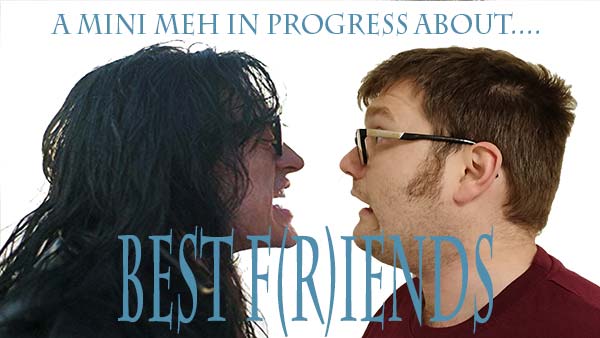 This is actually not the weirdest thing about the film….

It’s rather unusual to comment on a film which is only in progress as opposed to the finished products I normally remark on, but this really is something special. As it’s a work in progress, this is by no means the final verdict. Just thoughts based on what I watched a cold damp Monday night in September in London town. You see, there are two primary reasons to talk about this work in progress. Tommy Wiseau of the badly fantastic “The Room” film and Greg Sestero who co-starred in it and then co-wrote the epic book “The Disaster Artist” about said production and what went on behind the scenes, which is now a film in its own right (which believe me, is 100% getting covered here on its 1st December UK release date!).

The Room is now forever more a legend in the movie business, for it being so bat shit crazy and containing some of the best worst acting you would ever see. What’s more, it was a flop to begin with, but now enjoys massive international success as a very bad cult classic in its own right. At the Prince Charles cinema where they show the film pretty much every month at this point, spoons are thrown at the screen and every time there’s a panning shot of San Francisco in the film, the audience now says in unison; “Meanwhile, in San Francisco!” These are only a few of the highlights which has given people so much joy over the years, and honestly, I only can respect what was created and the people involved. It was and still is glorious.

So where am I going with this then, talking about a bad film and two people who were starring in it? Well….Tommy and Greg been working together again on a new film. What else would I possibly need to say to ensure that you’re hooked already? 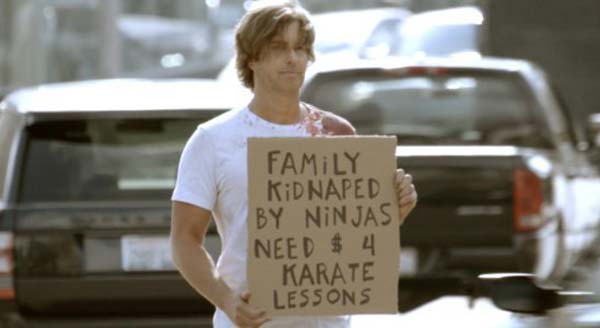 Overall, based on this cut of the film with extra shots and editing to come, I can only say this; this is much more weird and while a shaky slow start to begin with, slowly unravels slap bang into WTF territory and there’s no way you wan’t come out either bewildered or laughing. Maybe both actually. The film’s story is sort of nonsensical at times and I am in a bit of a quandary as how much to reveal here as discussing the film is a bit hard without referring to it. Tommy still just acts as Tommy, though for some reason he plays a guy who makes dead bodies look pretty for funerals…. I think. No idea how the hell someone like Tommy would get that job, but again, you just have to go with it. Greg Sestero at the beginning of the film is a homeless guy with a blood stained shirt to begin with which again is never explained but f**k it, you’re not here for anything coherent are you? It’s best to just refer to the characters by the actors names instead as I really don’t want to cause more confusion.

Along the way, we along with Greg find out that Tommy, while working on the corpses, removes gold teeth from the corpses to be taken away by someone for the council (again…. I think) and Greg’s chracter suggests they sell them for money. Ok, not too crazy despite how we’re lead there. But then they get embroiled in a teeth running operation with various weird things happening along the way. For example, Tommy goes nuts on spending money on a new car which stands out like a sore arse, and hides his money in an ATM in his garage. Again, not even joking. Even some of the other characters we encounter during the film remark on Tommy’s “out-there-somewhere” behaviour. It’s almost like we’re as the audience end up empathising with said characters as we also ask what the hell is he doing? Sort of a brilliant way to get us invested in Best F(r)iends, if you think about it.

As I said earlier though, I don’t want to give too much away here as it is honestly something worth seeing in its current state. While it doesn’t have the instant impact of the Room, it starts off slow and then builds up to what can be just summed up with one of the best audience reactions I’ve ever been a part of. There’s various things which don’t make sense, Tommy is still Tommy, and yes, there are some excellent lines to laugh at in this. The cinematography is improved from the Room (which isn’t that hard to be fair) and yes, it looks like they actually had a bit of cash to spend on production value, which actually is a welcome change. Some of the music choices are just awful however, especially during one montage bit where it just goes bleep bloop bleep all the time. That may just make your ears cry, unless that’s changed in the final version.

For those who enjoyed the Room for all it’s silliness and bizarre situations, this is worth a watch, though with tempered expectations. Given the final release is due to be screened in February, it will be interesting to compare the two to see what they decided worked and what didn’t. So stay tuned for the final mini meh next year….