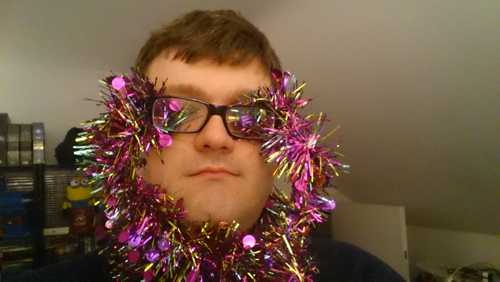 Got the decorations up…..

Season Greetings to everyone who happens upon the Ooh Sometimes web site and once again, it’s been several weeks since any update about what’s going on in funky town. In fact the last time anything came up on here, we were lamenting the lack of fibre broadband in the wilderness of Shepherds Bush as opposed to anything else which people may think is important.

Well there’s only so much time you can waste playing with your belly button and it helps to have a first world annoyance to really get your teeth into, between the twelve beer you’re trying to keep balanced on your belly.

So what’s been going on then for me to again vanish from the internet for a long period of time and not even spend each Wednesday live-streaming a card game as I had been doing until recently. Well, consider this post to be something which will give a round up of the type of things personal and more localised than world events which have shocked and scared a lot of people.

I will leave those type of things to the likes of the Daily Mail where they can complain about immigrants stealing jobs and your wives, money and baked beans.

So what’s been going on with my old smelly self while the brown stuff hits the oscillating blades?

There have been a good number of other things happening regarding my current employment, taking on extra work to pay for things, and being concerned that in some ways, I seem to be wandering onto the set of Game of Thrones with the lies, treachery and deceit of late that’s been occurring.

Sadly though, no hot Daenerys Targaryen action, though you would forgive any old fart for thinking it would be a lot better if the mother of dragons got involved with such matters. No good asking Jon Snow anything of course as one; He knows nothing and two; he’s (WAIT…..can’t spoil anything…not cricket sir! Moving on….) 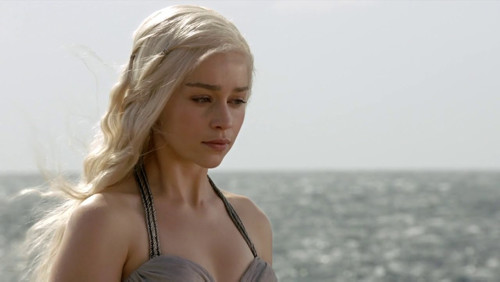 Of course I would never get into specifics on that front (work, not Jon Snow), as if you all recall from some time ago, that Nintendo employee blogger after she wrote very bad things about her boss etc. which ended up getting her fired, and you will understand the reason why it would be completely meh to publish anything on the internet, which may threaten one’s income, even if it was just venting over silliness and at the end, you just ask yourself about why you were letting them live, and then have a nice cup of tea to settle one’s nerves. It’s basically asking for trouble.

At the end of the day, work related writing of anything without Daenerys Targaryen, why would you bother?

So perhaps it’s better to move onto other matters, though some be related. For various drinks and saying cheerio to people heading off to the undiscovered country which I’m sure Star Trek 6 was all about, some time was spent wandering around weird German fairgrounds who got set up in Hyde Park.

A yearly event called Winter Wonderland is open until early January, and many sights and sausages were there to beheld, including this giant creature holding a bird where it towered over everyone below, while singing along to whatever song happened to be played at the time. If you don’t believe me, well, what more can I do, than show you?

Suffice it to say, small children would run away, if not everyone else. Though I may borrow him to fight Godzilla at a later time.

In the last few weeks, having reached a point of blowing off steam, I actually had some time off, which clearly upon reflection, was badly needed. The sad thing is I get to a point where I let things build up and overwhelm my overall mood which in turn starts to affect everything else ongoing, which it should be said didn’t go unnoticed and actually caused some distress.

So when the time came to boldly go to another country with friends and loved ones and then to return back to the sunny UK to have some more time off during which the most concerning thing was whether or not I was going to finish Starcraft 2 fully or not and what else I was going to play with the free time, it was such a welcome change.

In a strange sort of way, it would be understating how wonderful it was to have a break even for a few days where the most concerning thing was how much cake to have and then proceed to eat anything that was fried while shouting pew pew, and wondering why Snake from Metal Gear Solid V travelled through time while smoking cigars. And then wondering where you can buy those cigars…..

Of course it did nothing again for the waistline, but that concern’s been also going out the window of sorts in any case, as I’ve failed to go to the gym on a number of occasions and just over ate instead. It’s reached that time where you face an exercise machine and all you think is I wonder what’s on Netflix? Which nicely leads me via a badly written segway onto other things done during the past month.

Oh my…… I may have to forget about Daenerys Targaryen after this show….

In the few times I did go to the Gym recently, I actually ended up watching the new Marvel series called Jessica Jones, a feisty private detective who basically got f**ked over by David Tennant and now is on high alert when he shows up again and with good reason too, considering he has the power to make you do whatever you want. It deserves a lot of discussion and will come in another blog post soon enough, though to be honest, it seems if this is the quality of stuff coming from Netflix and Marvel, suffice it to say, Agents of SHIELD has a lot to worry about.

So all in all, what has this blog post been about and what’s coming next?

In essence, a lot of time got spent on the down-lo after a particularly bad time and soon enough, Christmas will be upon us very quickly. During the next few weeks, again I will be fairly busy being sociable and acting as humans do (possibly, I get confused)

As far as the website and the videos go, I will be trying to put online some additional material before the Christmas and new year fun and frolics where possible, as I would like to try and get some mojo back for creating content.

It’s grand being able to write about anything that came up, and also this year, create videos for all to view on the Internet while having a blast at the same time. You wouldn’t believe the number of films and TV too queued up for write ups but have yet to have been made into something that looks to have been written by a three year old discovering swear words for the first time. Ah the jolly of trying to criticise other people’s work which is way better than whatever you could possibly do like other keyboard warriors on the Internet. Good times.

For now campers, I will bid thee farewell and will now look up pictures of Daenerys Targaryen. For research purposes only…..probably….ah who am I kidding?