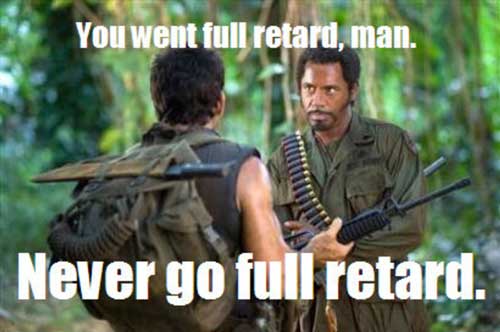 Game over man, game over….

The above image pretty much describes what has been going on in recent weeks, in that I’ve never felt so simple in all my life, and that included the time I learned how to use the toilet properly at the age of 27.

Regretfully, after much had happened in recent times, and with no real sense of purpose aside from wandering the mean streets of London solving crimes with the help of a wise cracking panda named Chaz, I had decided to go back to school in a major way, and begin learning another language. In this case, Spanish.

This stemmed from being convinced that it would open up potential avenues elsewhere and also broaden my horizons, to seek out new life forms etc etc.

At the same time, I had also decided that after 4 years of sleeping, eating and burping, that it was about time I had also looked at taking another exam within the computing industry, to show that I was aware of changes in the Windows operating system which had taken place since 2003. It seems like a good thing to do given that these days, if you don’t keep up with the various trends of Cloudy things, Interfaces which make no sense, and the various renames of things which used to be easier to remember, you are left behind on the IT job scrapheap. 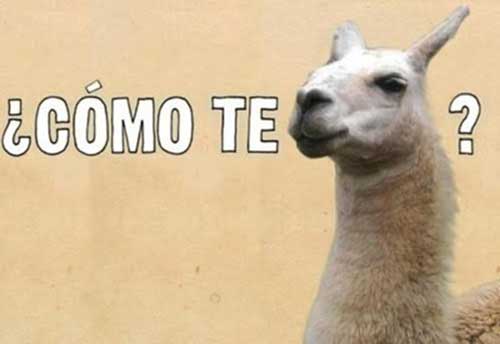 Now after taking the time to do the proper research on how to learn Spanish (or as everyone calls it, a 3 second Google search) I had enrolled at a school in Holborn, called Vamos. There was a slight delay with things starting, but nonetheless, I felt a sense of pride, accomplishment despite the fact I had actually done nothing other than spend money.

The first lesson is when it first started to sink in what “learning difficulties” I have.

It was like regressing back to the point where you were crawling around on the floor, made happy by anything shiny and were able to have naps whenever you want. Granted that sounds like a dream existence, but in this case, not so much.

Spanish is hard. F**king hard. So f**king hard that it would hunt Arnold Schwarzenegger in a jungle and win.

The pronunciation is so p*ss poor in these early stages, that I would make better sounds if I were brain damaged, or possibly Sloth from the Goonies. There are certain parts which I have struggled with a great deal, despite having a handy CD to reference again and again, to the point my ears are bleeding and cannot take any more. 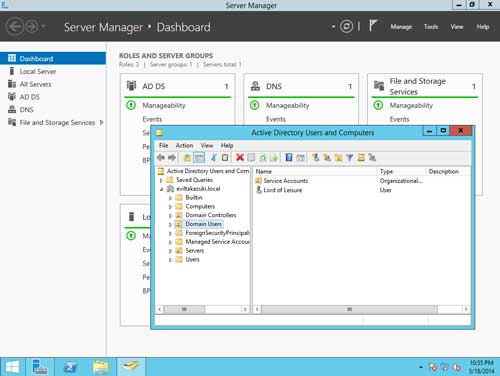 This is why baby Jesus cries….

It’s even worse when trying to study for the Windows 2012 exam. It’s like you have never used a computer in your life when you are exposed to so much information, most of which you will never use.

When you try and cram in all that knowledge, to learn for a fairly long 2 and a half hour exam of which the questions are worded in such a way, that if you don’t notice a comma missing in some command, you reach an epic fail state, and you really start wondering why you are doing this.

It’s almost as if the brain is resisting taking in any new knowledge, and has gone on strike, citing poor work conditions and not having a break every 20 seconds for tea.

Is this the problem with not studying for years and then attempting to do too much at once?

Neither subject are particularly easy, and Spanish is certainly far more interesting to look at, than crying over the fact that Microsoft played musical chairs with things that worked perfectly fine, but then decided to change everything for more money.

But, at some point, the mind cannot be allowed to turn into a pile of mush. Having to engage the mind for the first time in years, is a shock to the system for sure. But as long as you have a damn good reason for doing so, and what you are learning, you will be using at some point, then you can see merit and therefore struggle through the battlefield of dribbling everywhere and making noises like a donkey.

This feeling of pretending to learn (or learning badly) will remain for the next few weeks, and afterwards (especially for the exam I have for Windows 2012), it will be good to come back here and see if feelings have changed on the whole area of learning new things and see what happened in the meantime. In a way, I hope to succeed at something for a change, and it would be utter rubbish to lose all faith if at this point, I’ve done nothing but stumble about the place like a drunken hobo. Intellectually, of course….

Full Retard from the half funny / half abortion of a parody Tropic Thunder, and the image was from this page: https://www.rallypoint.com/answers/tropic-thunder-hated-it-how-about-you in which basically people moaned about how much they hated the movie. The Spanish Llama was stolen from http://www.vitamin-ha.com/funny-spanish-memes-20-pics/ Hooray for the internet!