And the longest ever running review of any year comes to a very undramatic close, and I suppose it’s on account of next to nothing been written on these old pages like the month beforehand, but don’t think that nothing was happening. In fact this was the month my first ever commercial writing gig took off for Computer Weekly, which was about deploying Office 2007 with a logon script and various other helpful tools such as the Office Customisation tool.

You can still read it all here: Deployment Diary and of course as I maintained on the last entry, if there are any questions about the process, please send us an email, or leave comments all over the place. But please don’t ask me about ladies’ naughty bits, I got in trouble enough the last time!

But what had happened before was that I came down with the actual flu and it got so bad, that I did stay home for the one day, though I was classed as “Working from Home” as far as everyone else was concerned and thus despite sneezing and sweating over various devices, I was answering questions like no-one’s business. Hmm, going against the Lord of Leisure’s duties is a violation of something I’m sure. 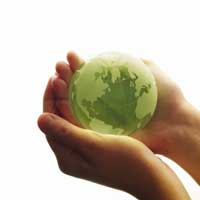 Something which I wrote about at the time which has reared it’s head in terms of content was that I don’t keep in touch with anyone any more. And as it goes now here in April 2009 at least it’s not fully right.

When I was back in sunny Shropshire, I spent all sorts of time on the phone to various warlords arranging the next civil war in Africa, or simply asking if anyone was bored and wanted to go somewhere and cause another traffic accident.

But since being down in London, I have contacted only three people regularly and they are all from my family. Others of course have been left in the dust, bringing up concern by well, three people in Manchester and two in Shrewsbury.

Don’t get me wrong of course, there have been others which have talked to me in the meantime as I happened to have left MSN or Steam online, but aside from that, it appears everyone else has been perfectly fine in the lack of communication.

But that is the very essence of Human nature. Unless you have a vestured interest in someone, you only give them as long as you have to if they are around you. If they are not there in front of you on a regular basis, then after about 5 minutes, you get bored very easily and start playing with that new yo-yo you were saving for a special occasion. 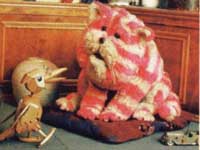 We naturally are very lazy creatures, and being the Lord of Leisure, I have immense expertise in this field and can spot a lazy bastard at 3 paces, because further than that and that means I have to strain myself to look and that goes against the entire ethos of being “leisurely.”

That being said, I haven’t been as active as I should have been and to that end that was more the reason why behind the Twitter feed came to be added to practically everything that I have credentials for, Facebook, the blog and soon the washing machine so you can be updated as to when the spin cycle starts. It was kind of a get out of having to any real work in terms of writing as it’s 160 characters to use and you can sum up your mood very quickly.

I have even started trying to write to various people in order to try and appease others that I’m still technically alive. I do say technically because the time goes on work, some now semi-professional blogging for a computing publication for at least another week providing they don’t get annoyed with the jokes about special people I’ve got lined up, the gaming podcasts for Eggmen have started becoming more regular and the last thing is frankly being leisurely.

Not an awful lot else actually comes up, except maybe when there is washing to put in and maybe some ironing, but that’s what Sundays are for, because there’s bugger all else to do. Well bugger all else around the UK the majority of time, however being in London you can’t really say that. There are tons to do every day if you want to look around, sometimes even for free in the case of museums where if you have trouble sleeping, they’ll sort you out a treat.

Problem is, I really don’t want to. I really don’t want to trudge around the streets of London to find things to do along with thousands of other nutters considering it’s that time of year where people buy tat for loved ones they hate, when I’m perfectly happy at home warming my cockles (perhaps too much) which drinking some more Magners cider and watching Top Gear. In some ways that now makes me the most boring person next to a corpse, and some would argue the corpse moves more.

Some more reflections took place about life being work oriented and the fact that the credit crunch has done much to knock people in many respects. Don’t want to spend any money, go anywhere, do anything, just in case there are further bad times to be had. People are being more reserved and well, I know you could argue: About time. We’ve had it good for far too long and maybe it’s good that we all realise there are consequences to our actions.

But there is another side which I failed to consider: fear. No-one’s spending, which buggers the politicians’ plans over, which means less money going into companies back pockets and because they answer to shareholders, they have to give dividends regardless, which means people are sacked to keep the margins nice, which means less people spending, which after a cycle of all this means things are worse. It’s Groundhog Day without Andie McDowell,which actually is not a bad thing but the point is, that is where we are at now.

And now it’s the fear of losing everything which is now driving us all to work far more than we should. Thing is, now it’s expected of us to do far more normally. What happens when the workload becomes too much for too little? 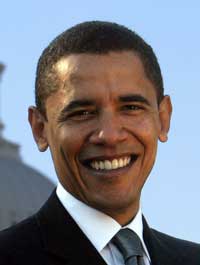 Here in April 2009, that fact has not changed really. Oh sure we had the G-Wizz 200 thing in London which would magically make it all better and we could all go out to play again, but all in all the situation out in the world is pretty much the same. But with the Cheshire cat that is Obama on the case with everything having been elected President in December 2008 with a all-nighter broadcast of the event being watched by literally people, could he come the rescue later on?

Well no, but bless his little cotton socks for trying anyway. The market is sorting itself out at a speed only the city boys will be happy with and the money which continues to be injected in, some of it now imaginary money from Lalaland actually has made little difference.

And actually that now wraps it all up, because the review of the year that was 2008 actually began in December 2008, so with the total time taken to cobble together material to describe the year taking a grand total of 4 months to write in-between working, sleeping and far too much eating, it appears my title of Lord of Leisure is assured for 2009 and many years to come. From here on out campers, it’s all new material….oh f**k, that means I have to think again.